Where to Replace Your Audi’s Catalytic Converter in Santa Cruz 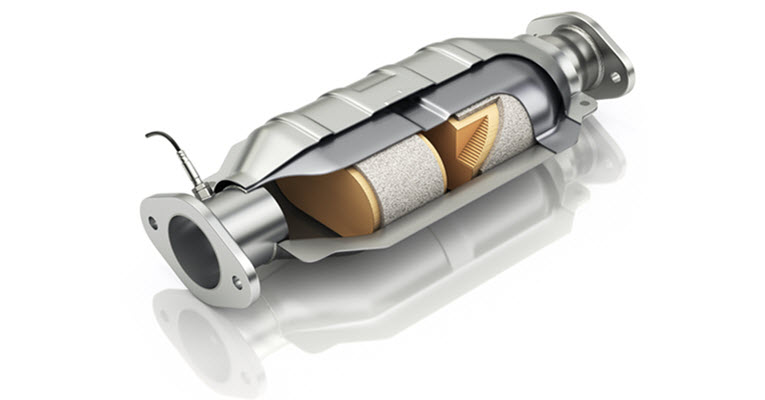 Audi are well known for the incredible vehicles that they produce. Offing sophistication and innovative engineering world wide, it really isn’t surprising that Audi is such a motoring mainstay. However, after being embroiled in recent emissions test scandals, Audi’s squeaky clean image has lost some of it’s shine. This has meant that Audi drivers have to be even more vigilant which it comes to their vehicle’s emissions systems.

The catalytic converter is designed to last the complete lifespan of your Audi. This means that any failure, unless due to an inherent fault in the part, is caused by a direct result of the failure of other parts and systems. In general, high mileage and poor engine function will most greatly impact the lifespan of the catalytic converter. However, singular part failures can also contribute to the need for replacement such as:

When it comes to the health of your catalytic converter there are five key signs you need to know:

A failing catalytic converter will directly impact the performance of your engine. This is because of a reduction in exhaust flow which can lead to harmful gas leaks also.

Hearing a rattling noise from under your Audi can be a signal of a broken catalytic converter. The rattling sound is caused by deteriorating catalysts which have broken away from the converter and are now moving freely.

The smell of rotten eggs from your exhaust is a very clear sign that you need a new catalytic converter, as this foul stench means that fumes aren’t being fully converted and can be dangerous for you to inhale.

4. Illumination of the Check Engine Light

A faulty catalytic converter can cause the illumination of the check engine light. This light is a warning system designed to alert the driver of issues before severe damage can take place.

When it comes to replacing your catalytic converter, Hayes European of Santa Cruz, Aptos, Soquel, and Capitola, CA should always be your first choice.

Whether you’ve just failed your emissions test, are noticing some worrying signs, or just want to make sure your catalytic converter is in great running order, the friendly team of experts at Hayes European will be able to help you.

Hayes is California’s best because of our love of what we do and our respect for all our customers. We offer a 100% satisfaction guarantee. Our team has decades of experience, we offer free shuttle service and out of hours key drop off, and have many 5-star reviews as a testimony of our previous work. Put simply, when it comes to fixing your Audi, you don’t want to settle for anything less than Hayes European. We look forward to becoming your trusted Audi repair and maintenance shop.